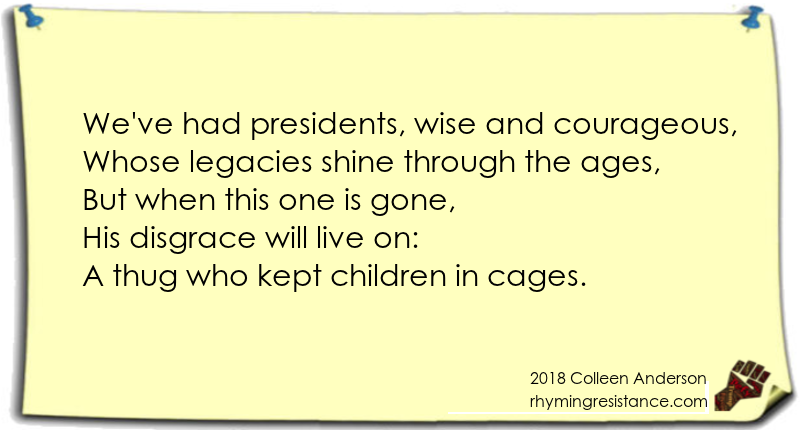 Children being separated from their parents and put into chain-link cages. That image will forever remain a symbol of President Donald Trump’s America.

Trump has already backed away from this cruel directive, which was carried out at the southern border during the first weeks of his administration’s “zero tolerance” immigration policy, but most of the 2,300 children taken from their families, most of whom come from Central American nations, have not yet been returned to their parents. And the situation still doesn’t seem to be a matter of urgency for his administration. I suspect that if they’d been American children, the response would have been completely different.

We’ve had presidents, wise and courageous,
Whose legacies shine through the ages,
But when this one is gone,
His disgrace will live on:
A thug who kept children in cages.