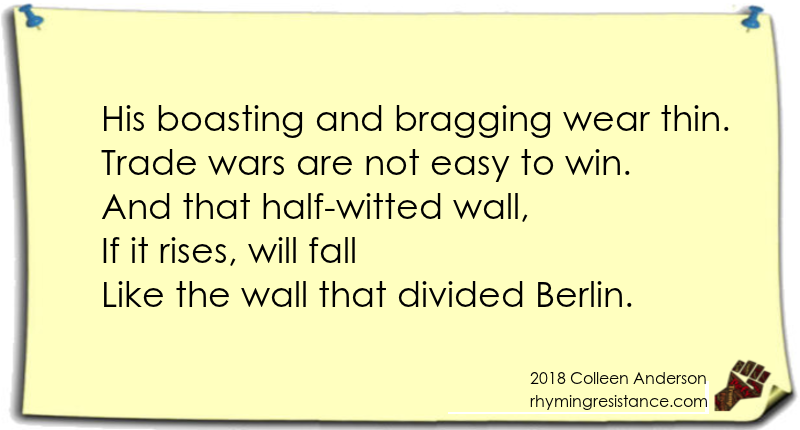 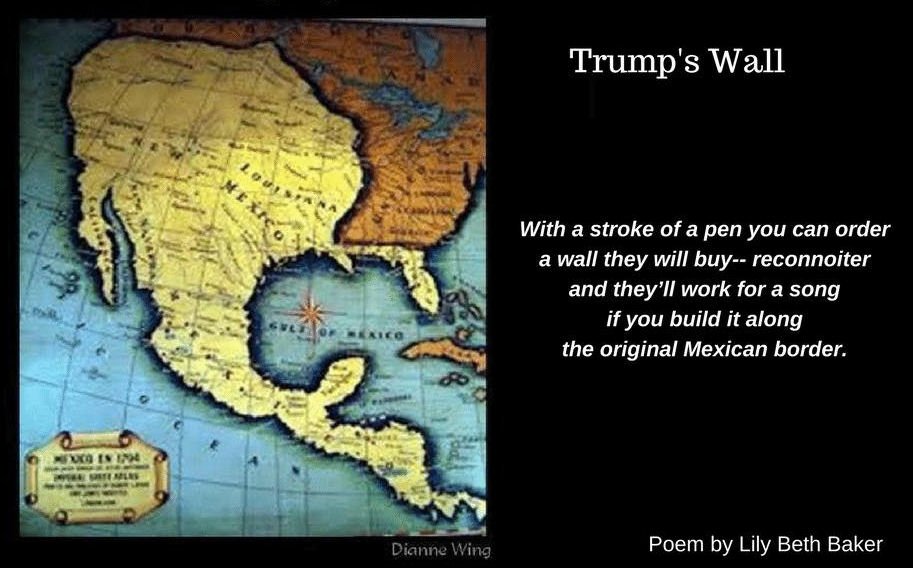 “The true test of the wall’s feasibility may boil down to property: The government only owns about a third of the land along the nearly 2,000-mile border between Mexico and the United States, and obtaining the rest would require untying a knot of legal and ownership issues.

While the government can use broad eminent domain powers—the right of the government to expropriate private property for public use, with fair payment—past border security efforts have shown that tactic to be both tricky and time-consuming.”

With the stroke of a pen you can order
a wall they will buy– reconnoiter
and they’ll work for a song
if you build it along
the original Mexican border. 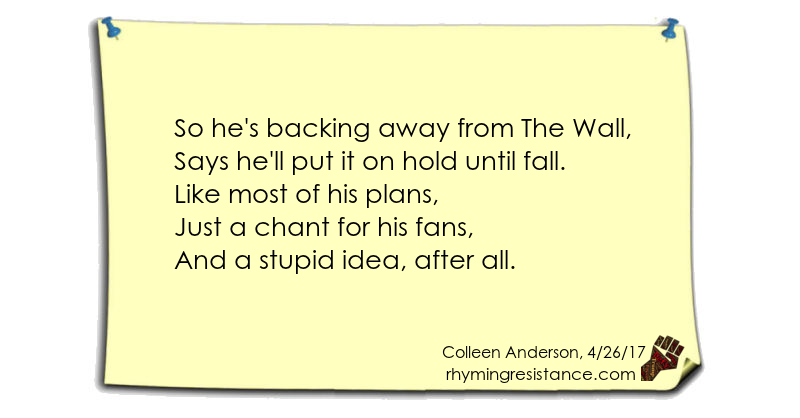 “Trump has long promised that Mexico would pay for the wall along the southern border, something officials in that country have said is not going to happen.

Lawmakers in Congress had little interest in footing the bill — costs could be as high as $70 billion, according to one new report — and even less interest in shutting down the government over it.”

So he’s backing away from The Wall,
Says he’ll put it on hold until fall.
Like most of his plans,
Just a chant for his fans,
And a stupid idea, after all.